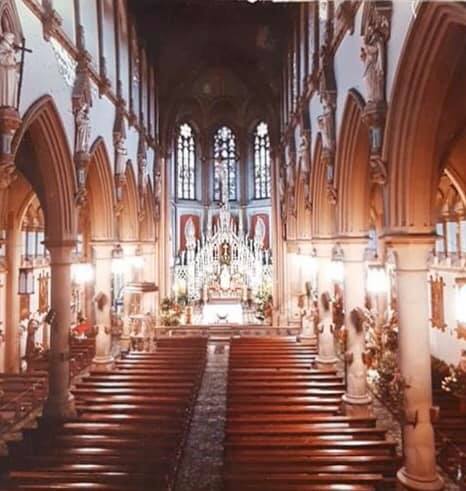 How the saints statues were removed and then returned to the Monastery, a guest blog post

Many of those who currently live or once lived in close vicinity to Gorton Monastery know that is is no ordinary building. The site holds great significance to many who have fond memories of the church and friary – whether it was going to one of the schools on site, celebrating their wedding in the […] 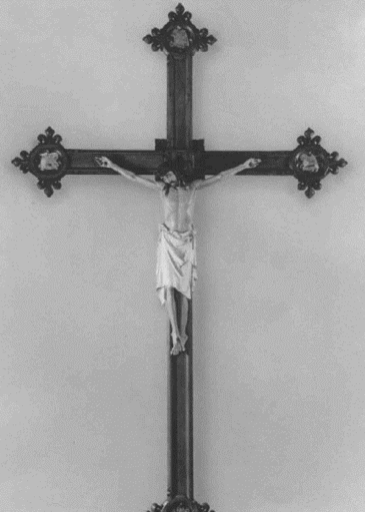 The Return of the Crucifix, a guest blog post by Mariam Moon-Begum (Heritage Intern)

The Return of the Crucifix  After the last mass was held by the Friars at Gorton Monastery in November 1989, the site was deconsecrated and was forced to close its doors to a shocked and sorrowful local community. In the proceeding years after the sites closure, the building started to wither away due to neglect, […] 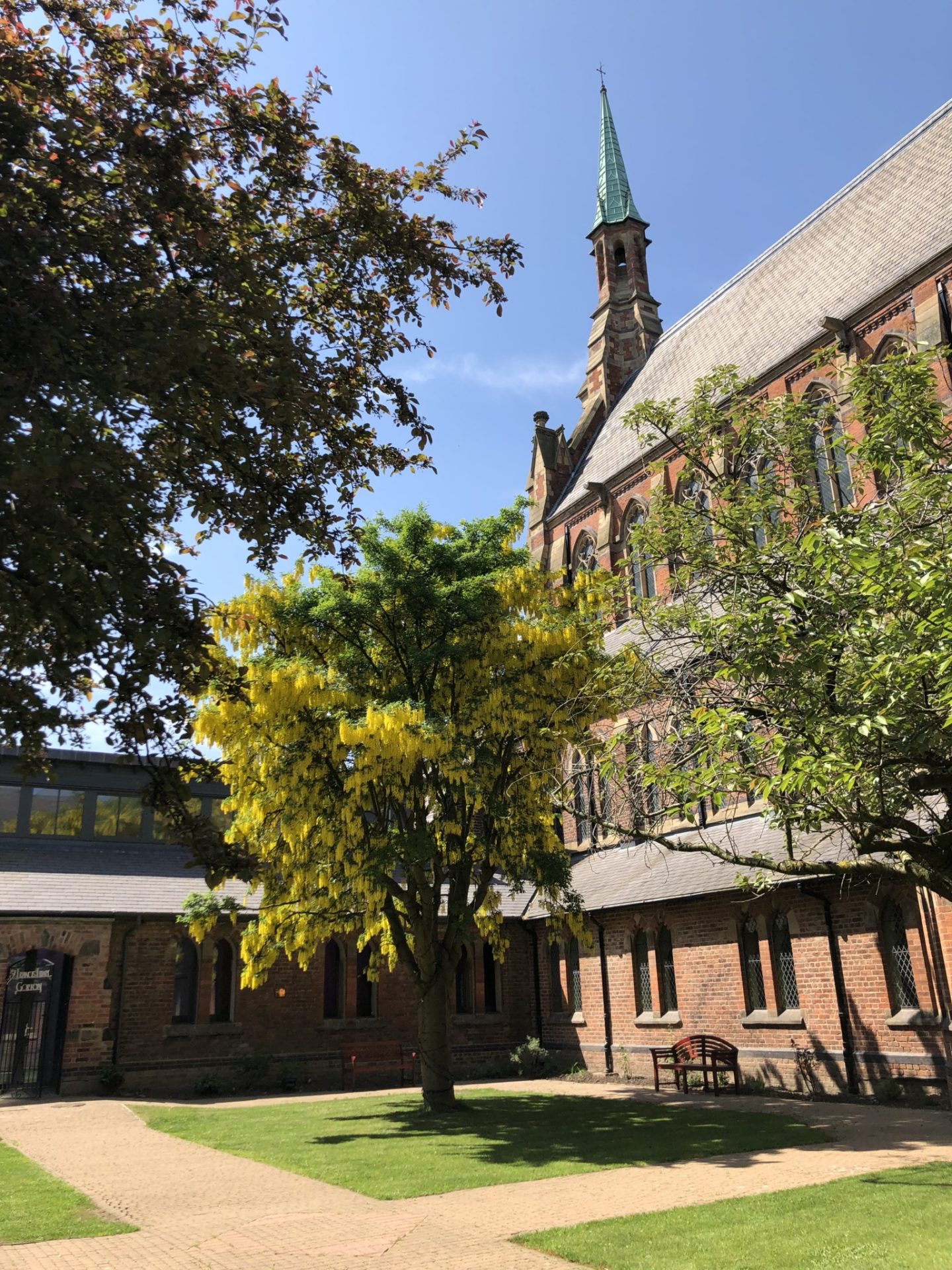 My Placement at The Monastery, by MMU Student Intern Caitlin.

Hello everyone, welcome to this wonderful guest post from our recent intern student Caitlin. We welcome your enquiries and hope it inspires something in you too! Hi, my name is Caitlin and I am currently a second year, history student at Manchester Metropolitan University. I have been on placement at Gorton Monastery since November 2019, […] 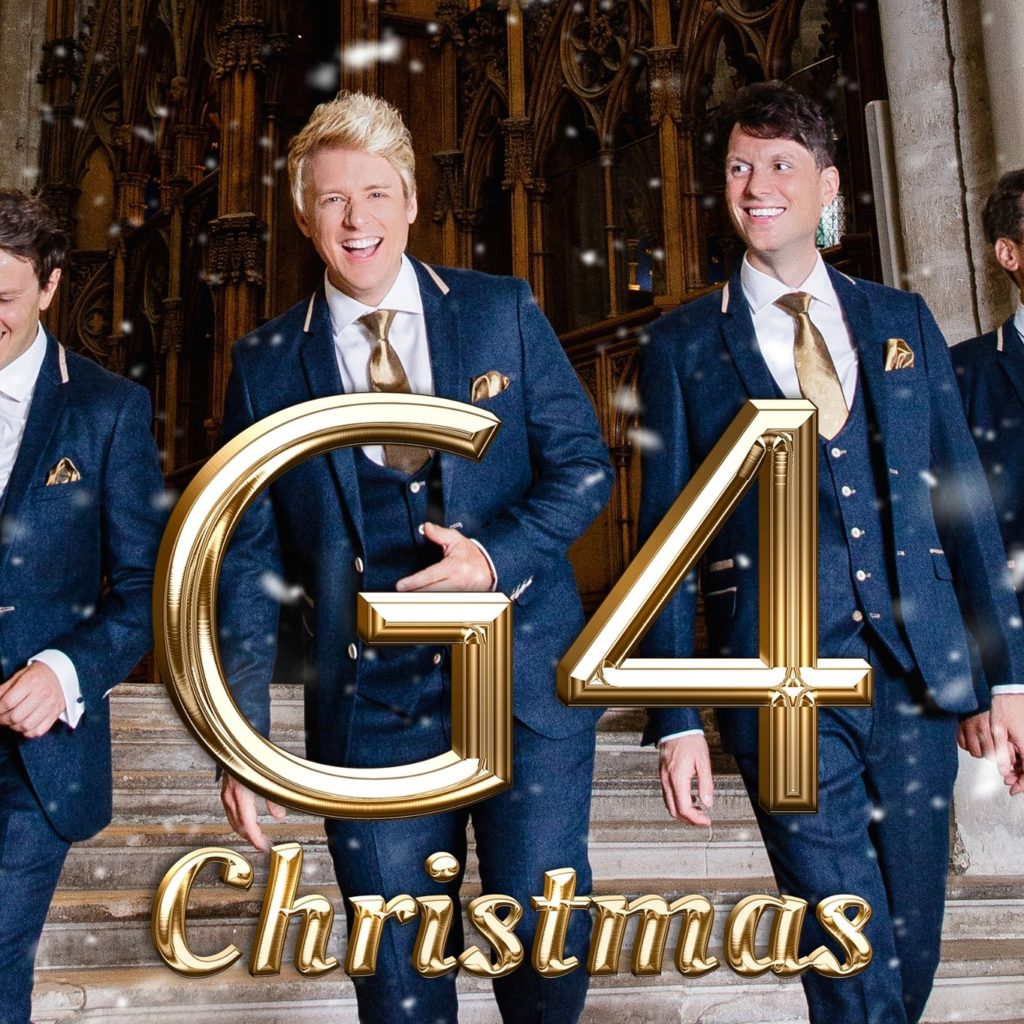 G4 Concert at The Monastery: Singing in Support of Missing People

Tomorrow we welcome G4 Christmas by Candlelight at The Monastery and we can’t wait! Many of you will know G4 who shot to fame on the first series of ITV’s The X Factor in 2004, where they pioneered the world of popular opera. Their exquisite harmonies and unique arrangements of iconic songs such as My […] 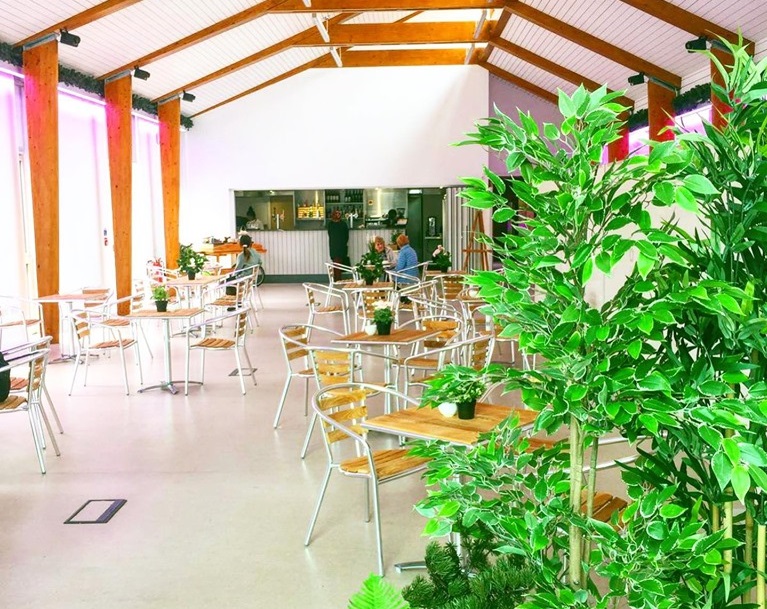 Our new Café is open in our Welcome Wing! I spoke to one of our Monastery Chefs who is looking after the new Café and has worked at The Monastery for two years, Revae, and she told me some exciting news about our new Café space! As Revae explained, we will now be serving a […] 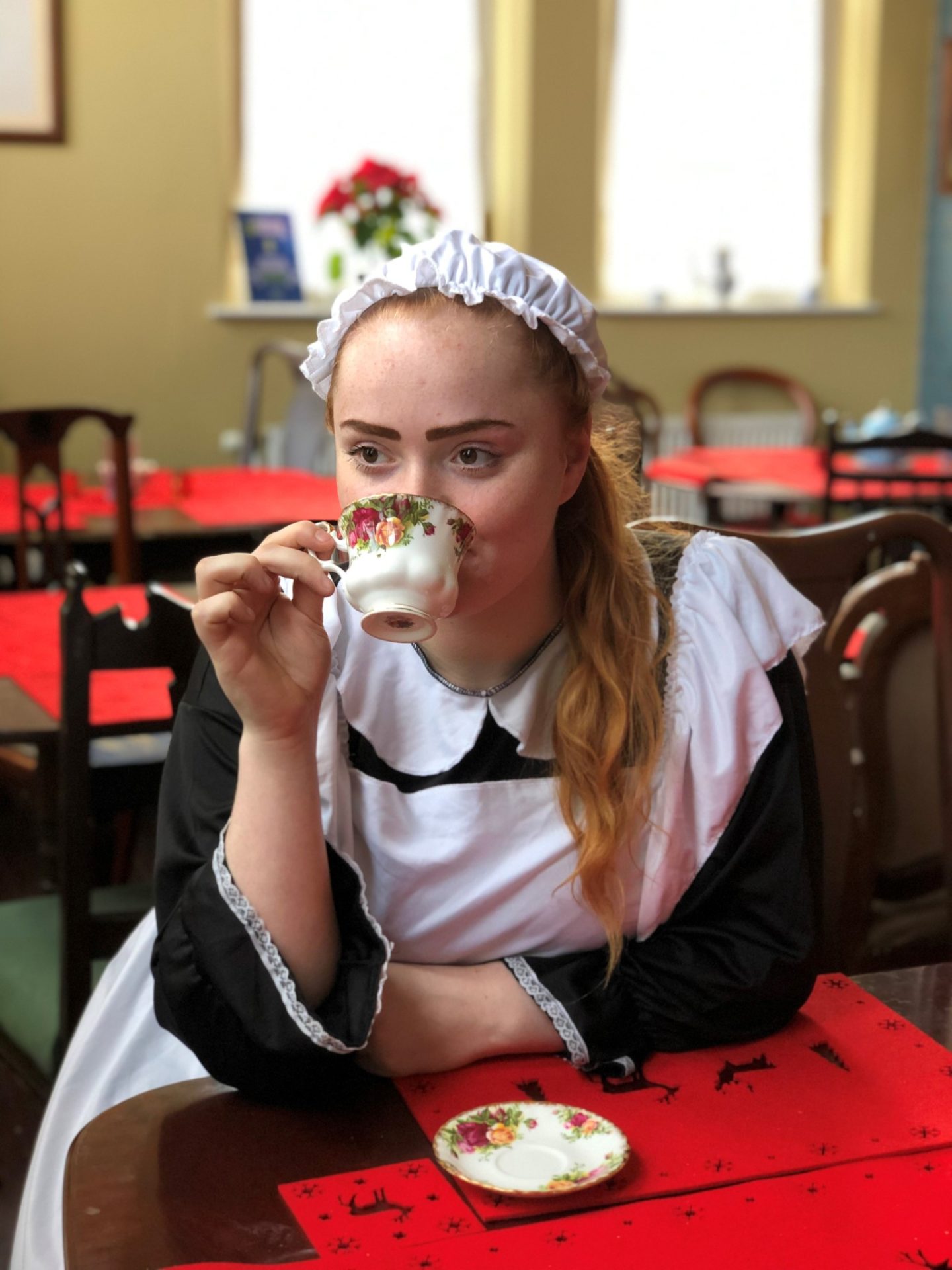 Teisha started working at The Monastery in September 2018 as the Supervisor of The Victorian Pantry and she also works as part of the Operations Team on the different events held in the building. Teisha ensures that The Victorian Pantry operates productively during our Special Heritage & Visitor Open Days (Sunday-Tuesday), helping to prepare and […] 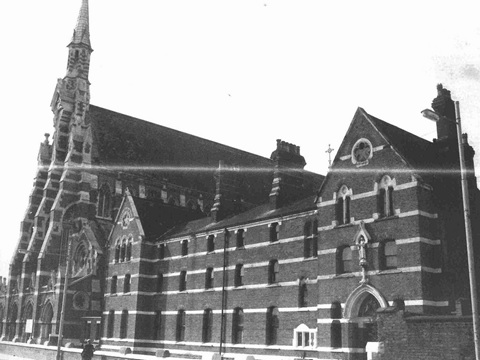 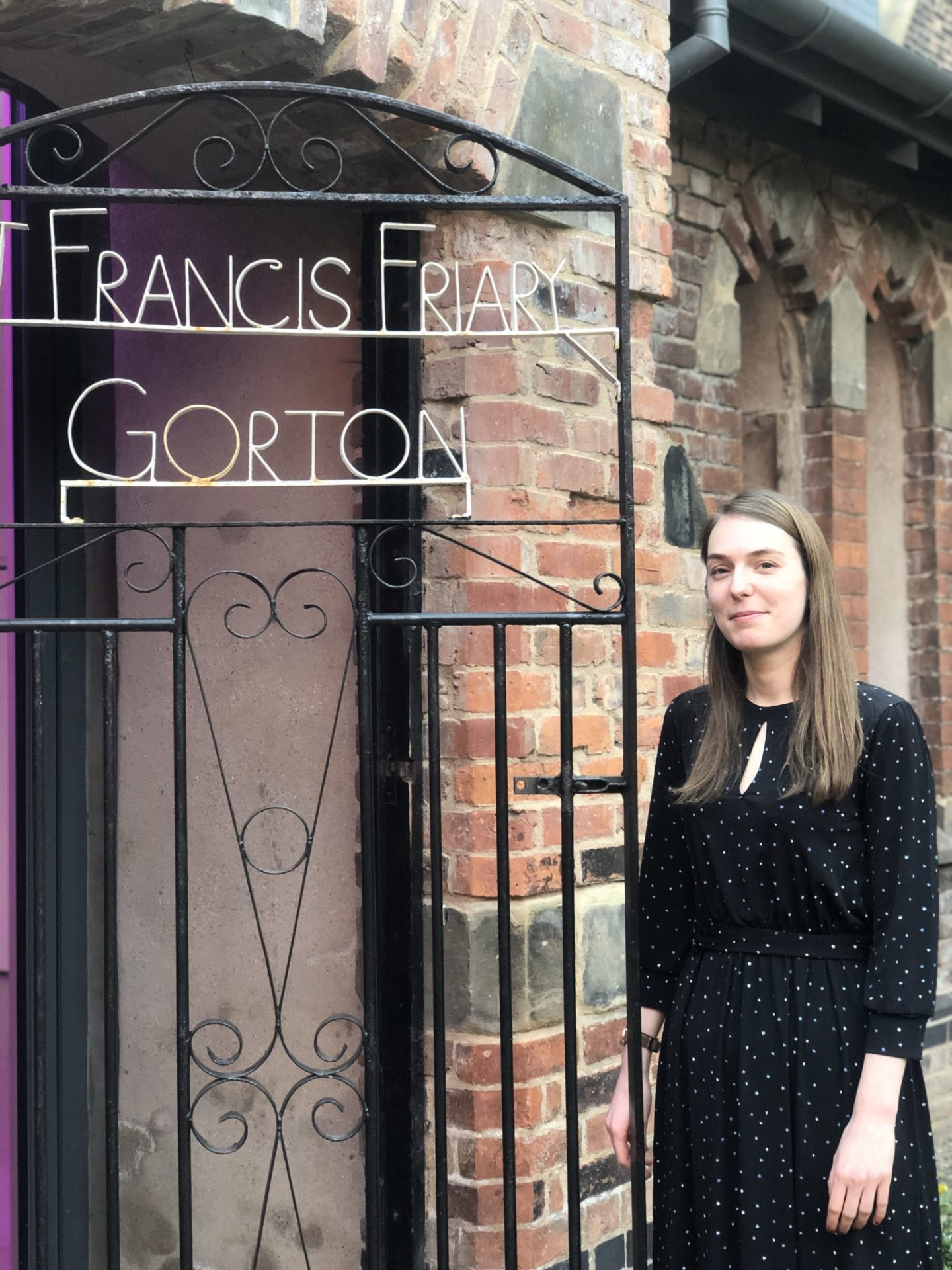 Emma has worked at The Monastery since June 2016, initially starting as the Learning & Community Officer before being promote to Visitor Experience Manager in August 2018. Emma is responsible for the management of the Visitor Services team, which includes the Visitor Services & Support Officer, the Digital Marketing Apprentice and our team of dedicated […]

Firstly, we hope that everyone has had a great start to 2019! Secondly, we would like to say a massive thank you to everyone who got involved with The St. Francis Christmas Appeal last December! We can now announce that we managed to raise three thousand pounds which will go towards our funding campaign to […] 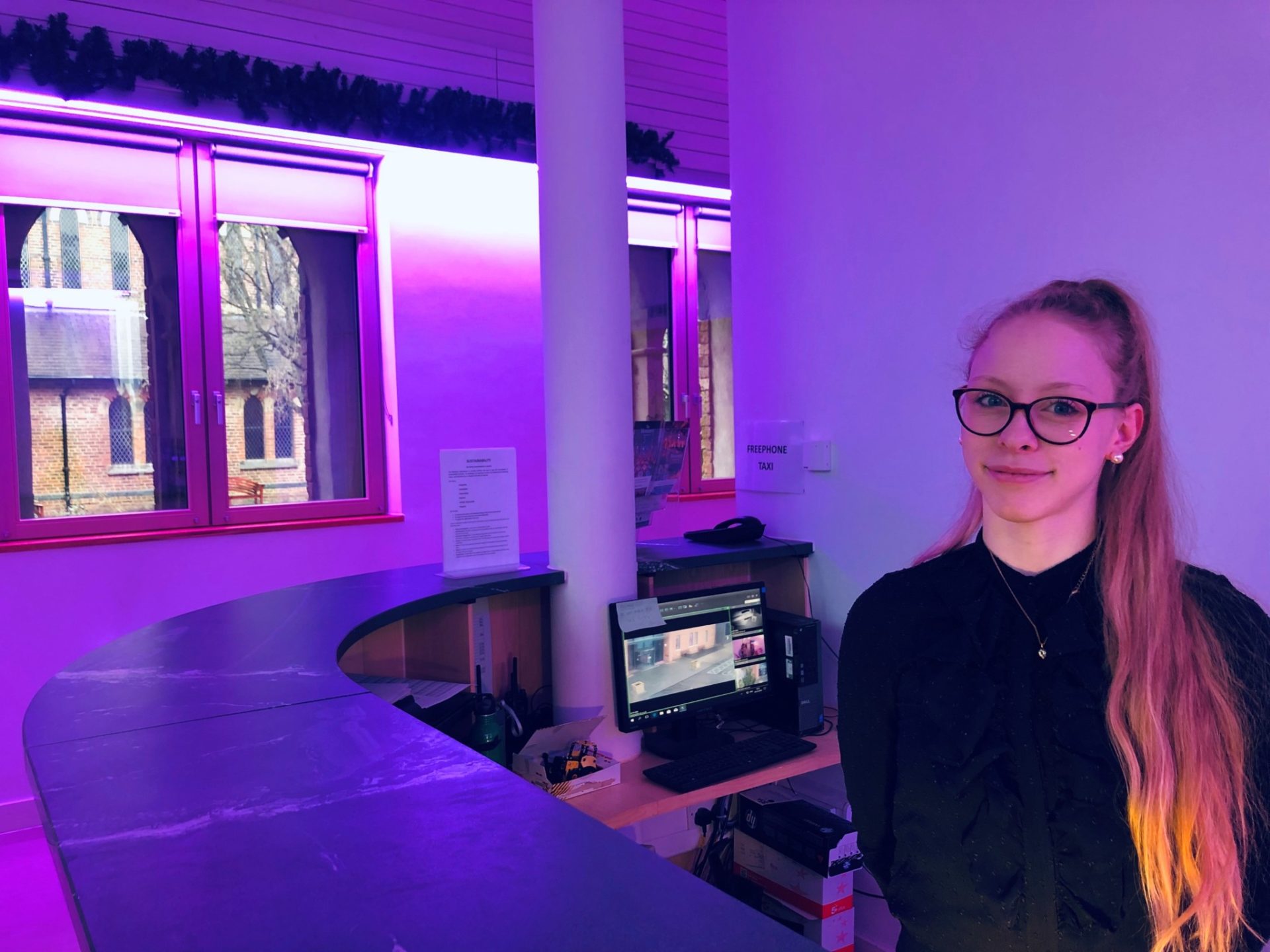 Megan has worked at The Monastery since January 2017, initially starting as Charity Support Officer before being promoted to Visitor Services & Support Officer in March 2018. Megan is usually the first point of contact for visitors and clients who enter The Monastery as she manages the Welcome Desk in The Monastery’s recently finished Welcome […] 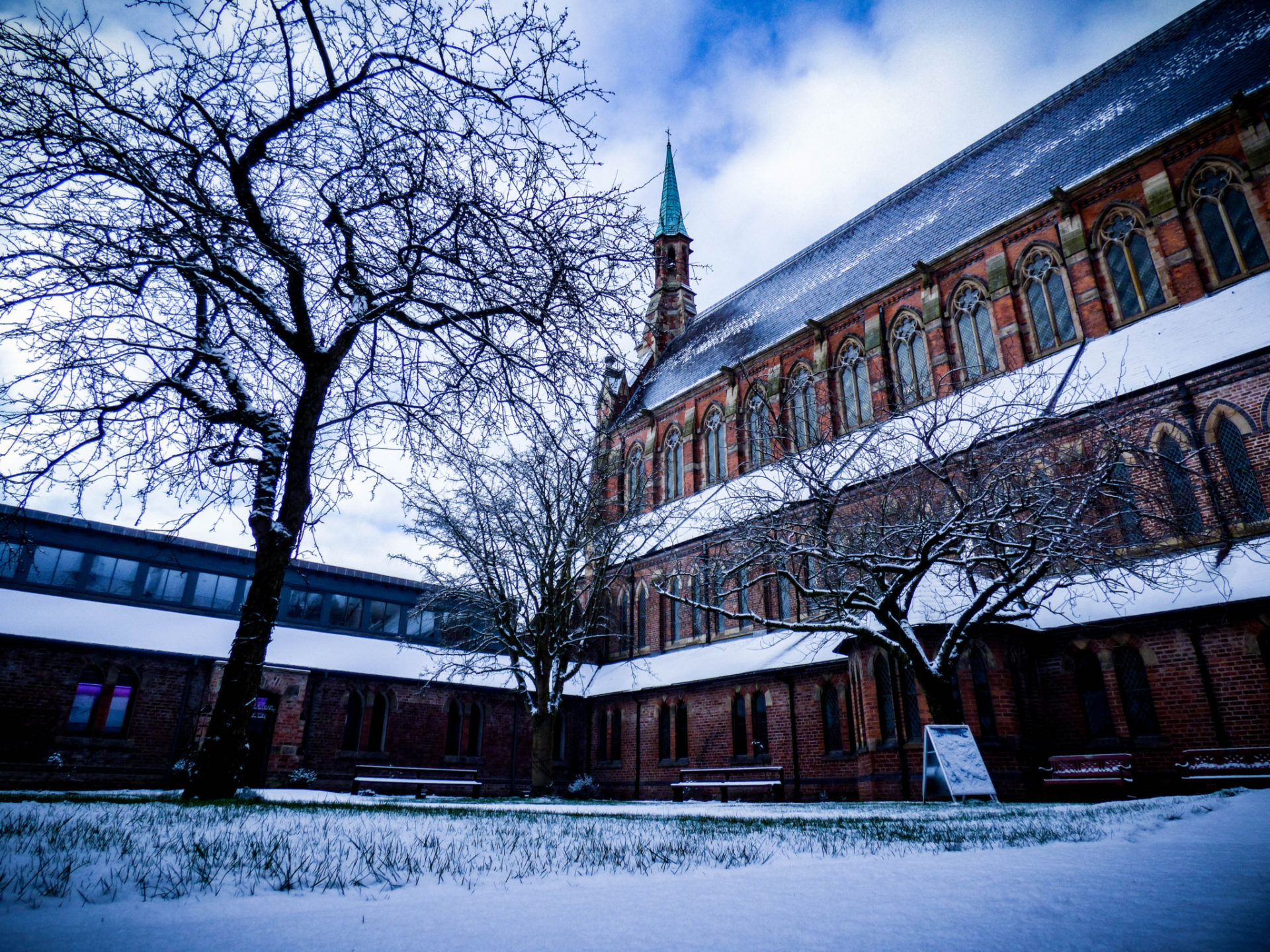 We’ve decked The Monastery with boughs of holly as ‘tis the season to be jolly! We are now in the midst of the festive season at The Monastery: decorations have gone up all around the site (thanks to the fantastic help of our very own Monastery volunteers and the brilliant help from the volunteers that […] 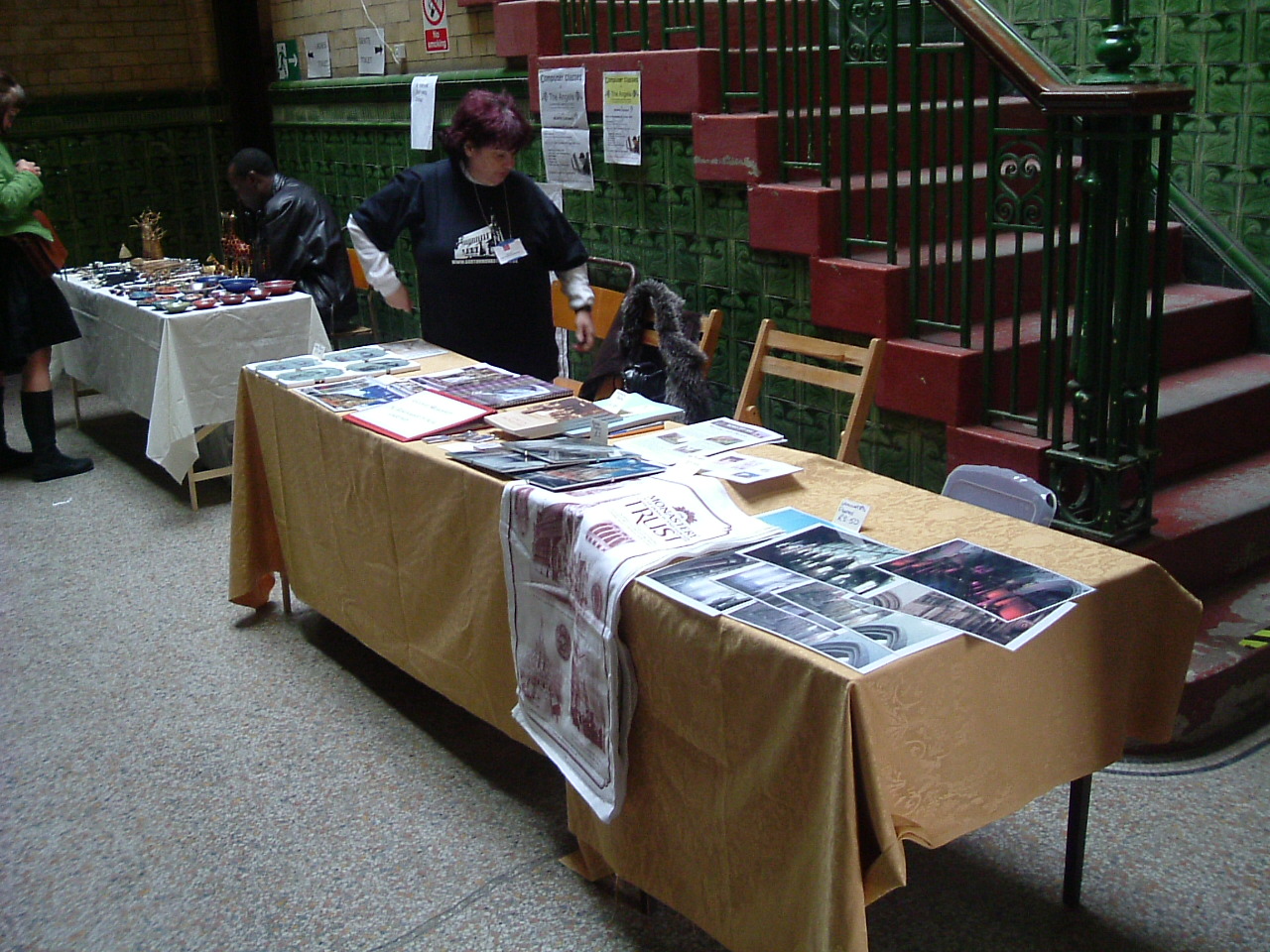 Insight into The Monastery: Kath North, the longest-serving volunteer

Kath North is the longest-serving volunteer at The Monastery, having been closely involved for nineteen years. Kath’s great-grandparents were married at The Monastery in 1879 and since then twenty-five other members of her family have been baptised here as well.  Although Kath did not visit The Monastery when it was a functioning church and Franciscan […] 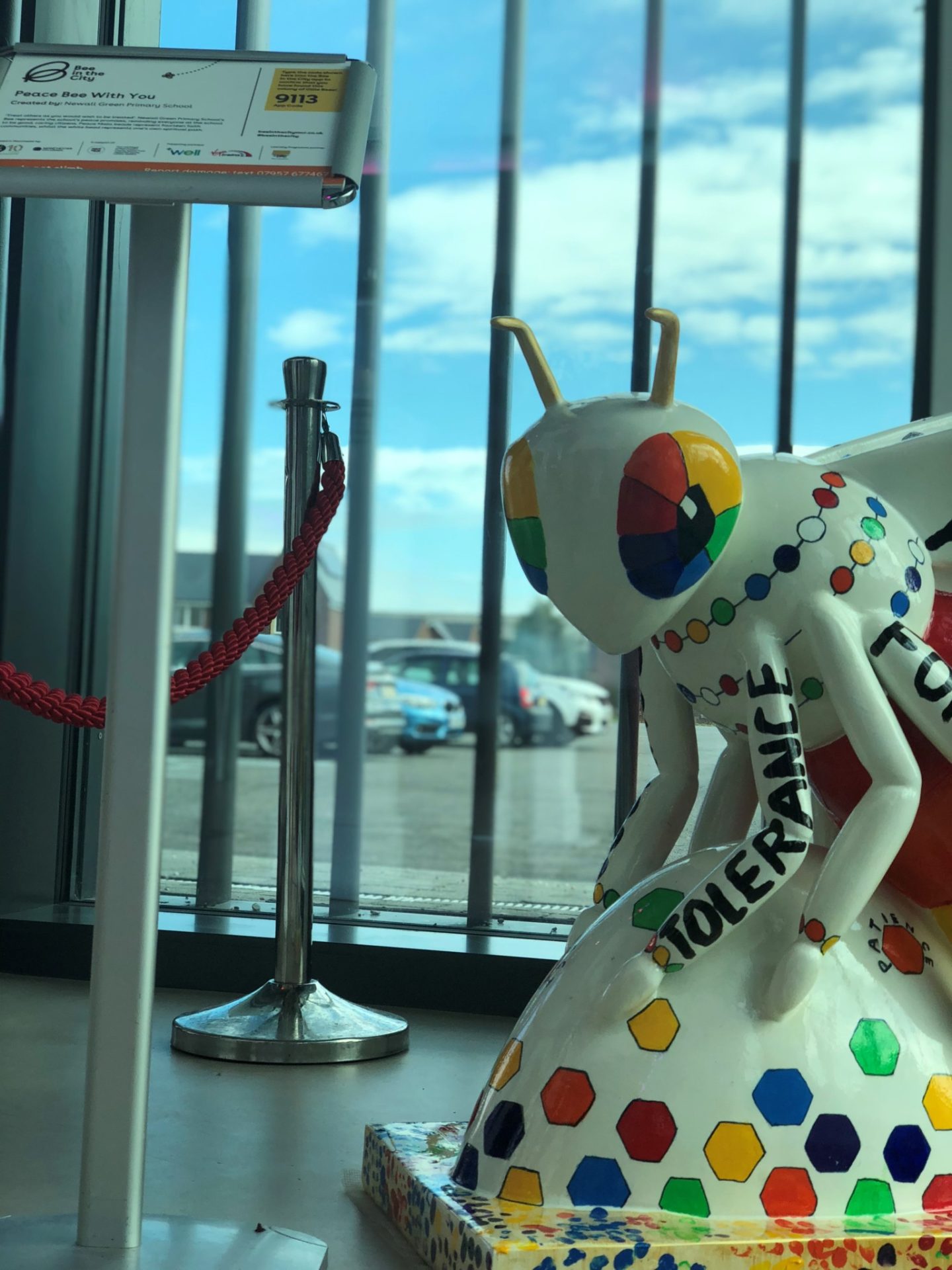 “Peace Bee with You” at The Monastery

There was quite a buzz throughout Manchester over the past summer, as hundreds of artistic bees landed all over the city as part of the Bee in the City Art Trail.  Overall one hundred and one big bees and one hundred and thirty-one little bees appeared across the city from Monday 23rd July until Sunday […] 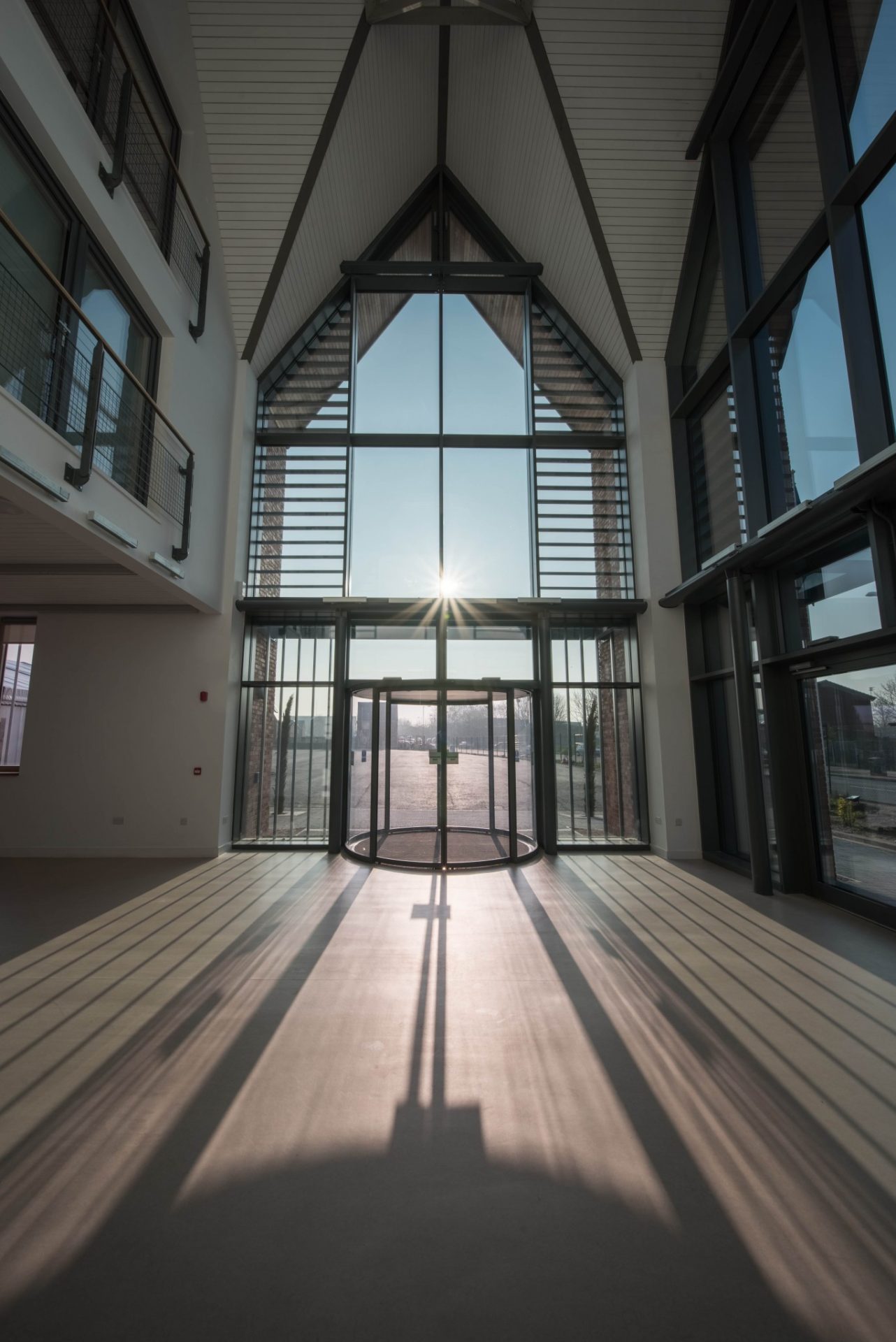 The eco-friendly 6,650 sq ft building was commissioned by The Monastery of St Francis & Gorton Trust, the charity that saved and restored the existing Grade II* buildings and is now responsible for the upkeep of this heritage asset. The project, which took 12 months to complete, was made possible by a National Lottery grant […]

Paul Griffiths DL, (64) chairman of the Gorton Monastery Trust has been appointed by Her Majesty the Queen as the Vice Lord-Lieutenant of Greater Manchester. The Lord-Lieutenant Warren Smith who is the Monarch’s representative in the County, made the appointment following a recommendation to Her Majesty.  Mr Griffiths will replace Mrs Edith Conn, OBE, DL, […]

Here are some other categories you may be interested in