The Story of Charles Sellars and Emmanuel Sivori

With the onset of the First World War, in July 1914, twenty-two-year-old Charles Sellars enlisted in the Royal Flying Corps. He had a wife, Sarah, and a thirteen-month-old daughter called Phyllis, who was to become my mother. They lived in a small back-to-back terraced house (3 Ajax Street) off Oldham Road in Miles Platting to the east of Manchester.

Charles was a printer by trade. He had a printing shop on Bradford Road near the colliery, which he ran with his brother Joseph and their cousin James Packer. Trade was falling in the run up to the war. The Royal Flying Corps offered a regular income – and it was only going to take a few months to defeat the Germans and he would be back home and life would resume as normal. Sarah pregnant, but Charles expected to be home before the baby was due.

As we know, the war didn’t go quite as planned and the soldiers had to prepare for a long haul. Charles went off to fight, but before long he was injured and brought back to England to recuperate. When Charles recovered, he was deemed as not fit enough to resume service in the Royal Flying Corps. He returned to France, but this time as an infantryman in the Army.

A Little Italy in Manchester

Between Miles Platting, where the Sellars family lived, and the city centre is an area called Ancoats. Due to the large number of Italian immigrants in this area it was known locally as Little Italy and it was home to many ice cream makers.

These were family-run businesses, with their own shops and ice cream carts. They sold penny licks – a little glass filled with ice cream from which a customer would lick out the ice cream and hand back the glass to the vendor, who would then wash the glass and refill it for the next customer.

Emmanuel Sivori started his family ice cream business in 1910, shortly after he came to England.

Charles and his wife had moved to 222 Oldham Road, a few doors away from the ice cream shop, and they became friends with the Sivori family. The Sivori family were patrons of the Monastery and made donations towards the upkeep of the church and supplied flowers for the May Queen celebrations. 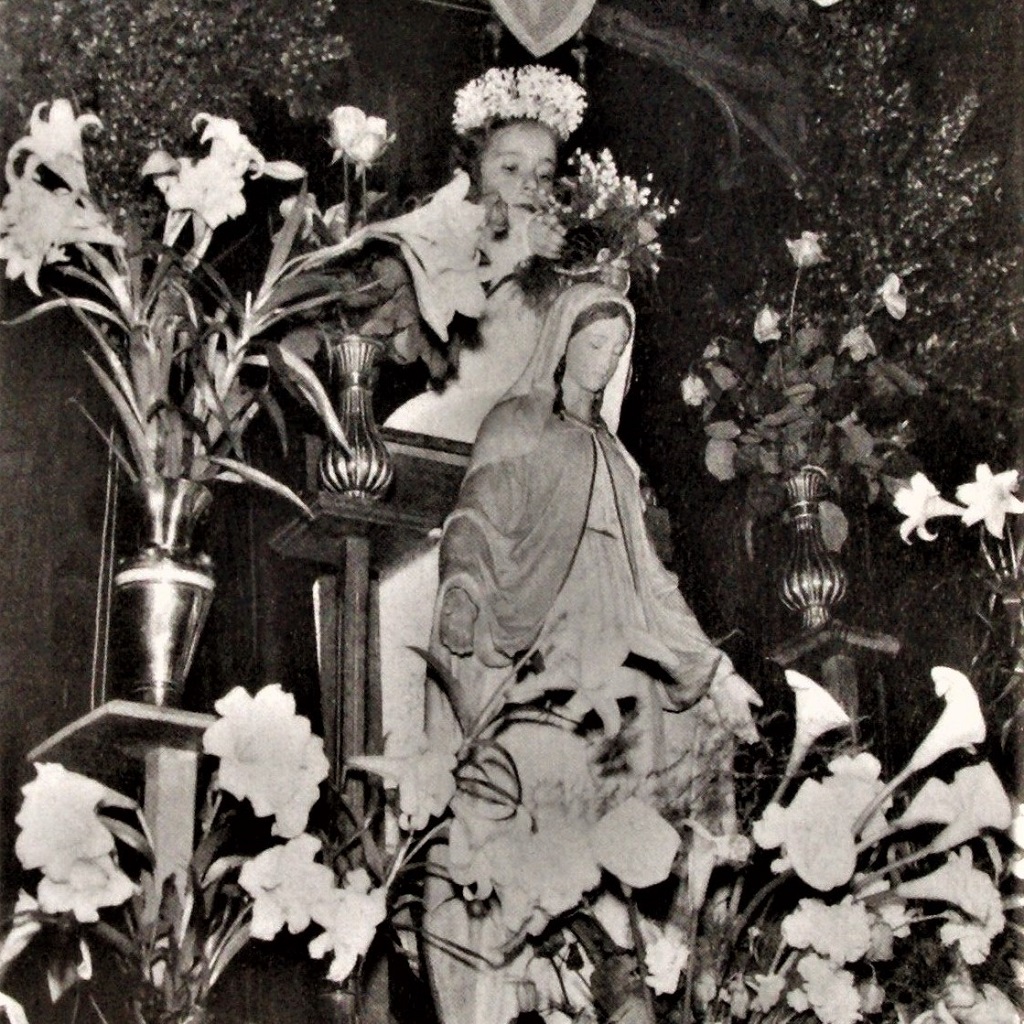 When Charles Sellars returned to active duty in France, the war had reached stalemate. He joined the troops in the trenches. For a second time he was injured and it was more serious this time, as he had been caught in a mustard gas attack.

When they brought Charles home, he was in very poor health and unable to go back to his printing business. He did manage to find work as a porter at Miles Platting Railway Station, which lasted for a few years. But his health gradually deteriorated until he was no longer able to work. His wife, Sarah, found part-time work cleaning carriages at the station, even though they now had four young daughters to look after.

Over time, Charles became bedridden and in constant pain. To help ease his pain Emmanuel Sivori’s son, Albert, visited every day after their ice cream shop closed, with bags of ice to lay upon Charles’s chest. He brought the ice every day until Charles died – leaving Sarah with four young girls and pregnant with another child.

Charles’s eldest daughter, Phyllis, had to leave school when she was 13 to earn some extra money for the household. Unfortunately, within two years, she became seriously ill with St Vitus Dance (Sydenham’s chorea) and had to spend eighteen months in the isolation ward at Monsal Hospital.

Charles’s last surviving daughter, my Aunty Anne, told me this story when my wife and I visited her in 2003, not long before her death.

In October 2006, my good friend, the Monastery historian Tony Hurley, told me that a Mr Sivori and his daughter were visiting us. They were bringing a crucifix that had belonged to the Monastery. I told them this story, and he said it would have been his father that helped my grandfather all those years ago. I was extremely pleased to meet one of the sons of the man who was my grandfather’s friend and had done so much to ease his suffering in his final days.

I am sure I would not have had the pleasure of meeting Mr Sivori had it not been for our connection with Gorton Monastery.